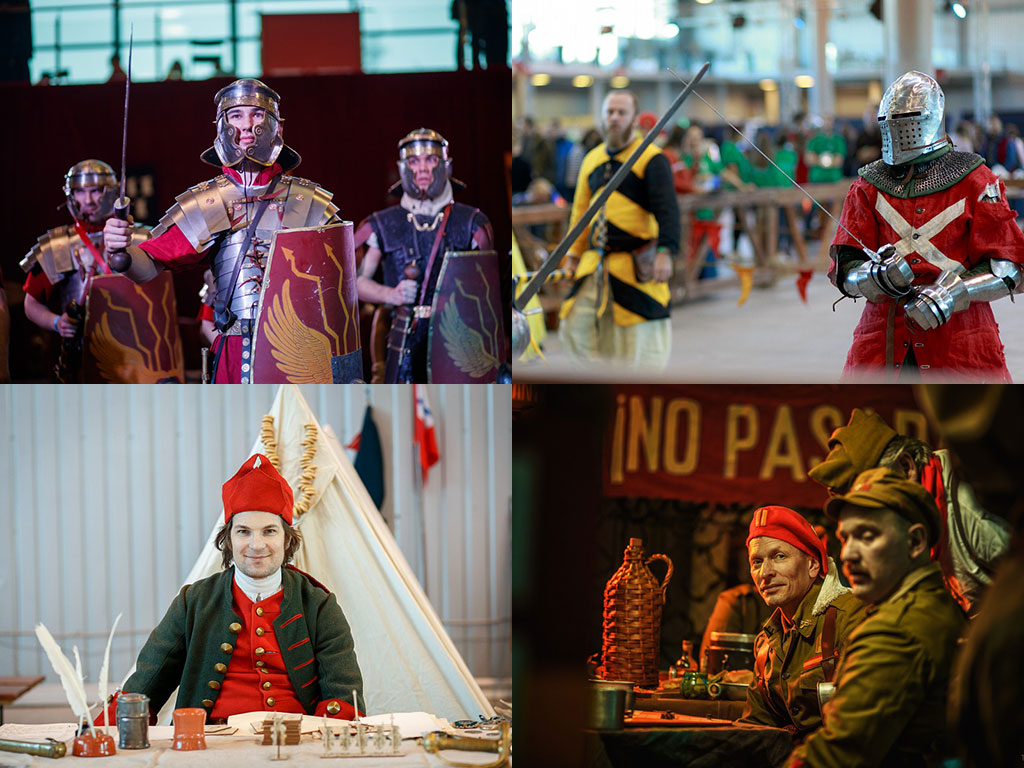 Spring is a time of revival not only of nature, but also military-historical reconstruction. Some interesting mass events can be interesting for guests renting our apartments.

March 14-15 2020 in the 7th pavilion of the exhibition complex "LENEXPO" in St. Petersburg will host the traditional festival of military-historical movement.

this year the main theme of the festival was chosen the XVIII century. This is the age of the great rise of the Russian state thanks to the outstanding rulers of that time – Peter I and Catherine II. However, other ages will not be avoided and will also be well represented since the ancient world to modern. Will also be well represented and different parts of the world at different times.

Will be jousting, fencing, and other various tournaments.

cultural and historical fair will be widely presented all sorts of objects from different world regions and eras, hand-made. Wishing to be an apprentice can pass the master-classes and get the skills you need.

For children will be held in various interactive contests with prizes.
As a cultural program will feature live music, often featuring a performance of medieval music on instruments of the same era.

during the festival there will also be numerous master classes for adults and children on issues related to the reconstruction.

For lovers of Board games, the festival will feature a variety of antique and modern games that will certainly appeal to visitors of all ages.

the festival will host a variety of lectures with the participation of various historians and re-enactors. Before the public his "Razvedoprosa" will be hosted by popular stand-in translator, broadcaster and blogger Dmitry Puchkov (Goblin).

Tickets can be purchased in advance or directly at the ticket offices of "LENEXPO".